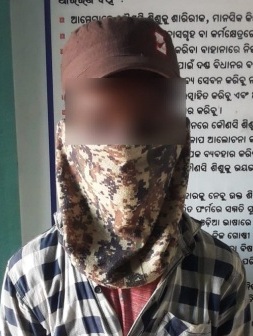 When asked for his name- he replied with “ Ravi Kumar.” We were surprised to find out that Jeetu was originally from Bihar. He was a long way from home in the state of Odisha. After some much-needed rest and care, Jeetu agreed to tell us the whole story.

Jeetu came from a low-income family in Bihar. Their economic conditions were so feeble that they weren’t able to afford two meals a day with both of Jeetu’s parents working. Jeetu wanted to help out his parents, so he went out in search of work. He came across a stranger who told him that he would offer him work if he follows him. Ravi’s innocent mind decided it was not dangerous to follow the stranger, and so he went. The stranger kidnapped him and brought him to Tamil Nadu. In Tamil Nadu, he was engaged to work in a Grape Juice Factory as a laborer. He was paid no wage and given a single meagre meal in a day- just enough to keep him alive to work the next day.

There were 20 other kids besides him working in the factory.  Ravi was afraid. He was alone in a foreign state with no one to go to. Despite the Ordeal, Ravi did not lose hope. One day when everyone was sleeping, Jeetu saw his chance and ran away and was later found by us at the Khordha Station.

After listening to his story, we immediately contacted the Child Welfare Committee(CWC) of Khurda and informed them about the Juice Factory and the 20 Kids working there. We urged the CWC to rescue those children. They were hesitant at first and told us that we were lying. After constant pressure and statements from Ravi, they agreed to investigate and rescue those 20 Children. The rescue was successful and the team began to search for their parents.

An FIR was filed against the kidnapper. With the help of local police, the SOCH team found Ravi’s parents. They were reunited after one whole year. The joy on their faces was a sight to behold. The parents thanked our team for our efforts in rescuing Ravi and reuniting them.