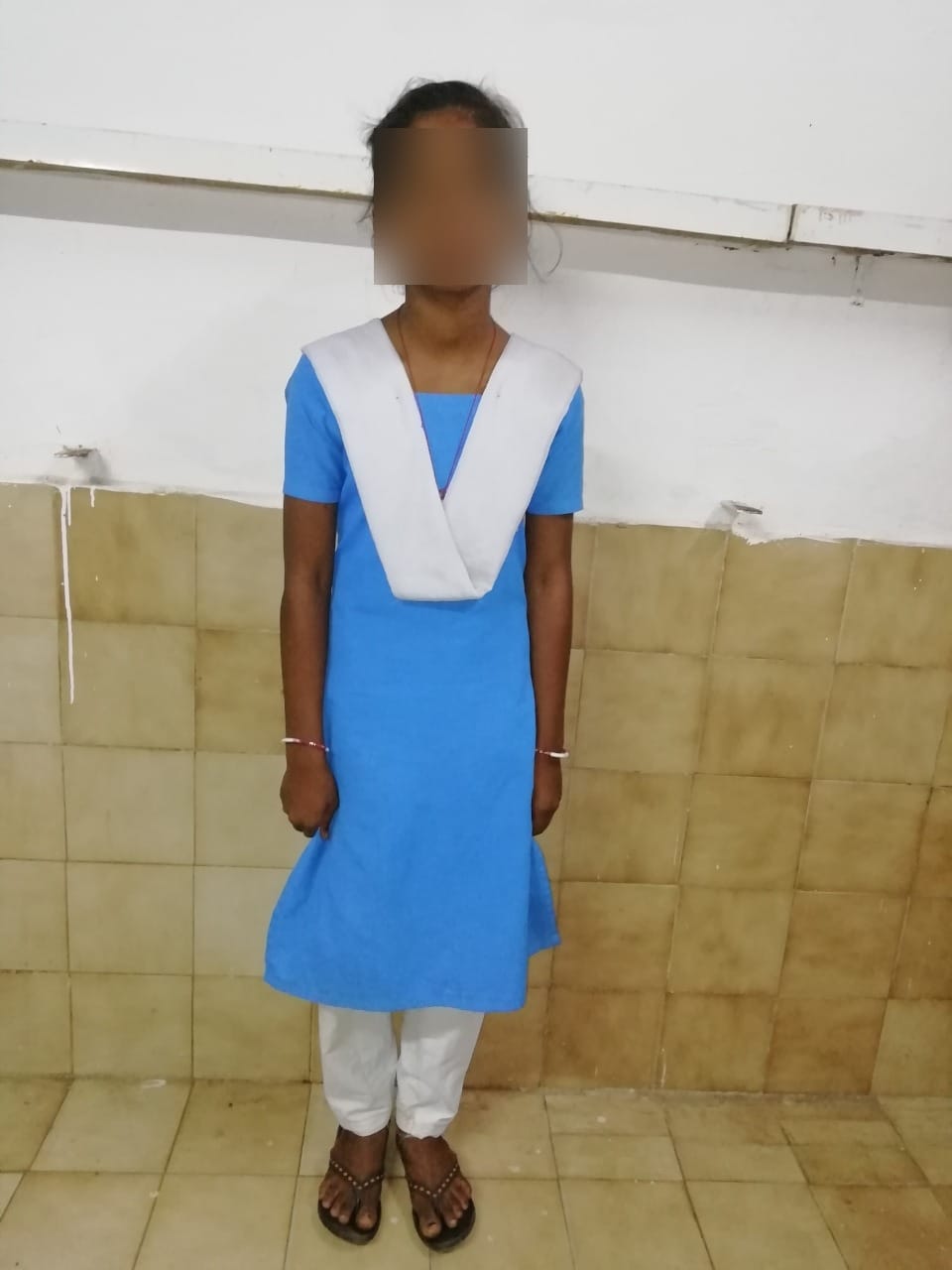 Madhuri Nayak, a 13 year old girl, daughter of Mr. Dhuba Nayak & Mrs. Chabita Nayak of Hukuma village from Ganjam was found at platform No:1 at the Berhampur railway station by the SOCH team. She was in her school uniform & chatting with a boy. After keeping a watch over her, the worker enquired as to why she was at the railway station at this hour without a guardian. She was not willing to divulge any information but seemed extremely depressed. The SOCH team tried to make her comfortable & gave her some refreshments. She was taken to the Contact Point so that she could feel comfortable & speak her heart out. On persuasion, she revealed that she was unhappy at home as her parents were abusive towards her. Realizing that it may not be the real reason for her to flee from home, the volunteers managed to get the contact number of one of her friends. They subsequently tried to contact her parents. It was found that one of Madhuri’s cousins was getting married in Mumbai. Although she was very keen to attend the wedding, her father refused to go because of some problem. She got to know that another cousin was leaving for Mumbai for the wedding so she planned to go along with him. She went to school but left her bag & headed towards the station. The teacher informed her parents. They were extremely worried & looked for her in every nook & corner in the village but there was no trace of her. It was when the SOCH worker informed her parents they heaved a sigh of relief. She was reluctant to speak to her parents fearing their reaction. The SOCH team assured her parents about her safety & handed her over to the Utkal Balashram with the single member order of CWC, Ganjam for proper care & protection.

The girl was counselled for her improper conduct to which she apologised for realizing her mistake. She was reunited with her parents on 6th August 2019. Her parents conveyed their sincere gratitude for rescuing Madhuri. On 9th August, on follow-up action it was found that Madhuri was going to school regularly & happy at home.

Follow up: On 30th April we did a phone up follow and got to know that she’s continuing his study.

Childhood is supposed to lead in a carefree manner in the protective net built by the adults around where this might not be the case for many children. Children encounter many challenges by the virtue of their age and other intersectionalities. Crisis and distress situations like separation of parents, violence among parents, alcohol-use, barriers to education, and the financial restraints in the family can lead to emotional trauma among children and create hurdles to their full growth hinging their rights. Under such circumstances, children are more likely to need special attention and aid. Families play a big role in providing this support system. In case the children need more help, counseling by a professional counselor becomes important. It gives the immediate emotional care that a child requires. It is the primary and the first step when the child is rescued and brought back to a transitional home.